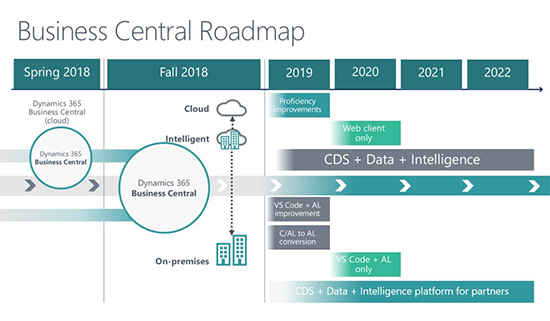 Over the last 12 months, there has been a lot of chatter about Microsoft’s new ERP offering for small to medium enterprises (SMEs).  In April 2018, the world was presented with the first release of Microsoft Dynamics 365 Business Central, a cloud-based solution based around the Dynamics NAV platform. This was closely followed by the release of Microsoft Dynamics 365 Business Central (On-Premise) in October 2018.

What is Microsoft Dynamics 365 Business Central, and what does it mean for NAV?

Microsoft Dynamics 365 Business Central (Business Central) is the next iteration of the Dynamics NAV product life-cycle. For the last few years we have been graced with NAV versions numbered by the year of release (2015 to 2018). So, to all intents and purpose, BC could be considered as NAV 2019 – or could it?

Well, the answer to that is pretty complex, but can be summarised as follows… yes and no!

Why Yes AND No?

As the world’s infrastructure moves towards cloud computing, so too do the software applications we all use regularly. Over the last few years Microsoft have invested heavily in their different product sets, creating subscription based licensing and regular updates to introduce new features. Microsoft Office 365 is a prime example of this transformation, and there is more to come from Microsoft in the future! It is only the next logical step that our business applications do the same.

The release of Business Central in April of 2018 showed to the world Microsoft’s first truly cloud based ERP solution for the SME market. A feature rich business solution that is simple to use, quick to implement, and most importantly requires no additional infrastructure to operate – all available at a single monthly cost per user.

In order to facilitate this move to the cloud, Microsoft have had to take a serious look at the NAV platform that we have known and loved for almost three decades and overcome some difficult challenges on the way. They have achieved this by having two different application streams:

Business Central is a purely cloud based solution aimed at the lower end of the ERP market (in our opinion, three to five users that require no or very little system enhancements). With this offering, there are only web, tablet and phone clients available for users. System enhancements are delivered via extensions (more on these later) available from the AppSource, or from a recognised partner such as Evo-Soft.

Business Central (On-Premise) is more suited to project type implementations, larger user counts with considerable system enhancements to further tailor the application to the users’ needs. It can be installed wherever you like, either in your own Azure platform, or on a machine in your server room. System enhancements can be delivered in the traditional way (for the moment), or via extensions. You also can run the Windows client with an on-premise installation (again for the moment).

Although they are different product streams, they are really pretty much the same. You just don’t have as much control over the cloud-based solution as you do with the on-premise.  Observant users will notice, when using the on-premise version of Business Central, that the Windows client splash screen actually reads “Microsoft Dynamics NAV – connected to Dynamics 365 Business Central”!

The way Business Central is licensed has been updated in order to support a cloud-based subscription model.  With all the previous versions of NAV the concurrent licensing model was utilised. That meant you could have as many users created within your NAV system as you wanted, but only the licensed number of users could access it at any one time. With Business Central, that model has been updated to “named users”. This now means that every active user within the application must have a valid license, whether they are logged in or not.  But fear not, all is not lost! Along with the new model comes a new pricing structure for users, three different tiers of user type, and the extension of your user license to all devices – so a licensed user can now access Business Central whenever, from wherever, using whatever!

For many years now, Microsoft have been adding functionality to the NAV platform. Some of the screens have become cluttered with fields and fact-boxes and we had ribbons close to bursting with different functions on them. It was time for a refresh, and from a web, tablet and phone client perspective it is a significant change! In fact, the majority of UI updates that Microsoft have done over the last 18 months have been in and around the web client.

The Windows client has had a few updates too, but only to declutter some screens!

The single biggest change is the way in which enhancements are delivered to the system. Microsoft have created “AppSource” an online repository for Business Central enhancements that can be downloaded, tested and purchased via the Microsoft website. Standalone enhancements can still be created by a partner, but they have to follow the same rules and development methodology as functionality delivered via the AppSource site.

To facilitate this new way of development Microsoft have introduced the AL language, and developers use the VSCODE application to create new system enhancements.

Look out in the AppSource for Evo-Soft’s extension offerings – coming soon!

Road Map There’s quite a lot to take in there, which is why they are the same product, yet very different products – and Microsoft are only just getting started! They have already started publishing new minor releases of Business Central every month, and have committed to a major release every six months. To support their vision for the application Microsoft have published the following roadmap.

This is quite a big change in the way Dynamics NAV is not only delivered, but implemented. It requires a new approach to system implementations and enhancements, whilst at the same time offering a great opportunity for companies such as Evo-Soft. From an end user perspective, this is purely a rebranding exercise by Microsoft, whilst at the same time preparing for the future.

Here at Evo-Soft, we have been busy over the last 12 months preparing for the new way of working and supporting end users that wish to transition to either the cloud or on-premise versions of Business Central. Of course, older versions of NAV are still being supported and maintained by Microsoft through their product life-cycle, and Evo-Soft will continue to provide support for all versions for end users who are not ready to upgrade their NAV system just yet.

This is an exciting time for the Dynamics product range, and we are looking forward to helping you with your journey to Business Central. 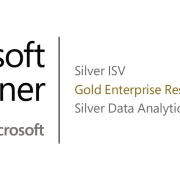 Plan Ahead for Your Future Success - Post COVID-19
0 replies

Want to join the discussion?
Feel free to contribute!

This site uses cookies: Find out more.
Scroll to top